A Smart Factory concept builds on principles that pave a way for AI into the world of manufacturing. These are mainly about making the most of cyber physical systems (CPS), Internet of Things (IoT), the Cloud and cognitive computing. At byteLAKE, we have decided to dedicate our time and resources to tackle on challenges that the designers of modern factories face. One of these is about performing the analytics of the data received from various sensors. The key challenge here is that it is about coping with the so-called time series data.

We have created a concept of the framework that can perform the analytics of the time series data. In our case and as per request, we utilized artificial intelligence techniques to tackle on that challenge.

A software framework capable of answering the two fundamental questions:

Benefits for the customer

We have designed a concept framework that can analyze time series data from various sensors and become a foundation for predictive maintenance systems. Imagine a solution that can guide the factory staff about when they shall schedule a maintenance of certain parts of their production line: belts, filters, fans etc. It not only makes the whole production process more predictive and helps avoid unplanned interruptions. Most importantly, however, it can help reduce the overall maintenance cost significantly. Imagine a solution that can warn you upfront that the vibrations on the fans in the cooling system of your most expensive machines will reach an unacceptable level in a week. In turn, it might help you avoid expensive repairs or even replacements.

In essence, it works in the following way: 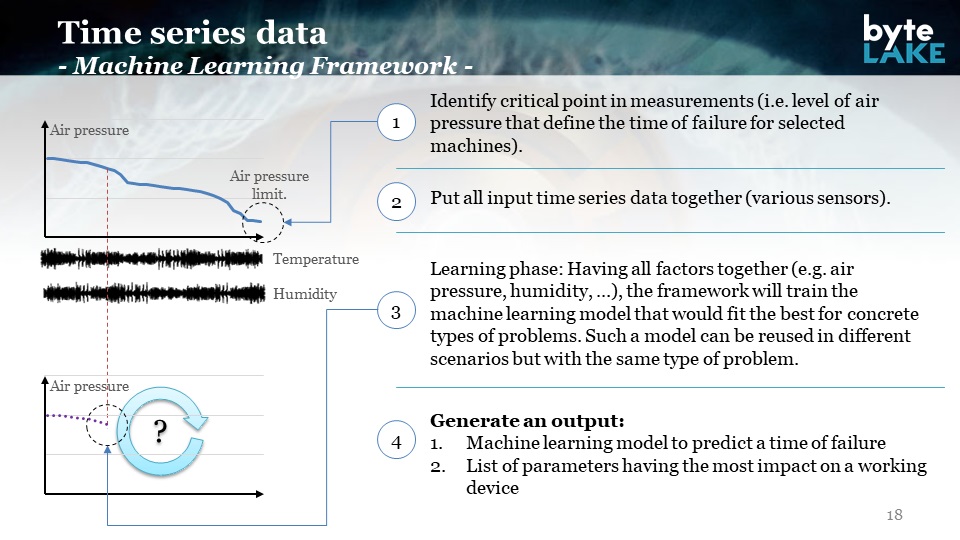 It has two main paths of the execution:

As an output a set of graphs is delivered:

The graphs show the dependency of how certain parameters changed over time. Then we compare the convergence of the real graph with predicted graphs and select the model that returns the most accurate graph. Based on the selected model we deliver the final simulation of how a given phenomenon may evolve and estimate the time of failure.

The models represent a set of machine learning methods and mechanics models. They include, but are not limited to: Bayesian model, random forest algorithm, spline method, gradient descent, models from dynamic fluid flows, … All of these make the framework relatively generic and applicable to many scenarios of the manufacturing industry. 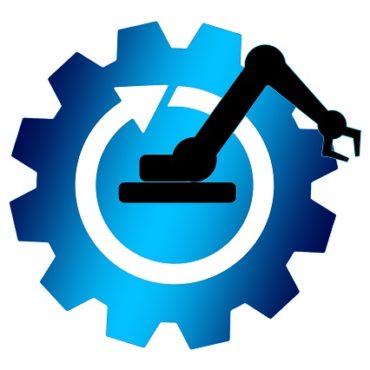